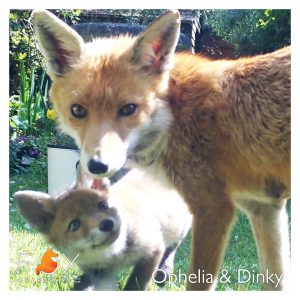 Ophelia is a beautiful and gentle urban vixen who made a den to rear her cubs in an abandoned garden earmarked for urban development. We are monitoring their lives and launched a campaign to keep this fox family save. Our change.org petition gained 10,000 signatures and led to the building company Cheesmur allowing us not only to monitor the site during the construction but also consulting us on how to keep these vulnerable foxes safe during this critical time. We successfully treated Ophelia for mange. She has now moved on to most likely greener and more quiet pastures, however her cubs still frequent the garden come building site and have been seen to use the mounds of soil and rubble as a playground. Our monitoring and filming work that ran over 18 months culminated in our documentary “Ophelia’s Secret Garden” which explores the impact urban construction has on wildlife living on a construction site.